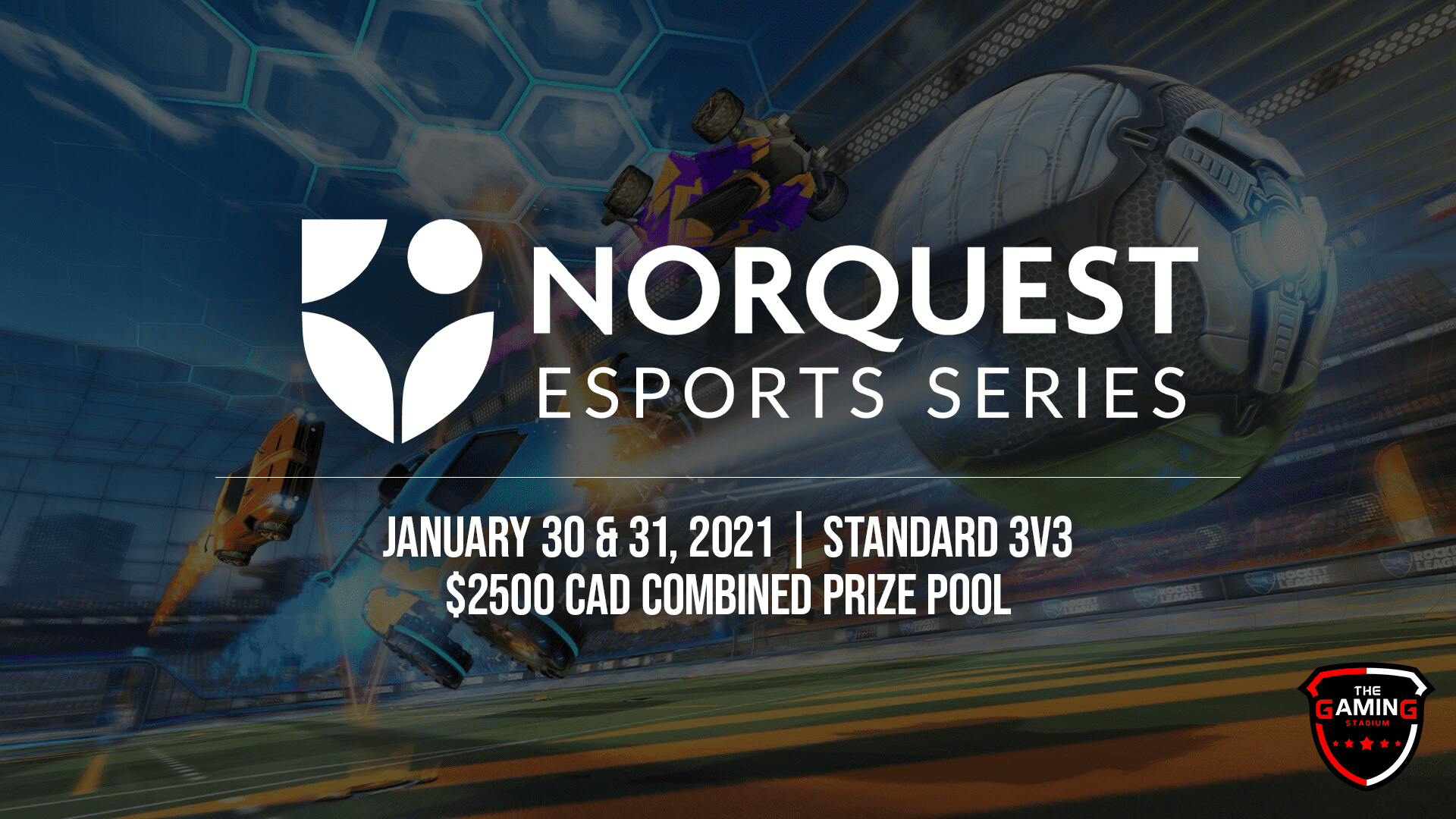 ** ⚠️ NOTICE:  This event has been canceled. We apologise for any inconvenience caused. **

2021 is here, and with it comes more Rocket League! Since it’s a new year, with the help of our friends over at NorQuest College, we are bringing you a new format NorQuest Esports Series – Rookies Division. ⚽⚽⚽

This division is limited to players of a certain rank level. All are welcome from all over North America to fight for their share of the $500 prize pool! 🤑

Notes: Times are in PST and currency is in CAD.

This 1-day tournament will feature a Standard 3v3 Double Elimination bracket. The team from uppers in the Grand Finals has a one-game advantage and there will be no bracket reset.

All matches will be played on US West servers unless otherwise agreed upon by both teams before the match begins.

The Tournament will start at 12 PM PST on Saturday and will be run through Battlefy. Team captains will be emailed a link to the event page along with a join-code after registration ends.

The exact format will depend on the final number of teams registered and will be announced after registration ends.

Players must be ranked Platinum or below in both Standard 3v3 and Tournament matches for their 3 most recent seasons played (can include current), and have a combined total of 300 matches played across those same seasons. Players do not need to be ranked in the current season if they satisfy these conditions.

Players participating in online events MUST be available in the NorQuest Discord server during the time of that event. Failure to do so will result in disqualification from that event.

Participants must be residents of North America to participate.

Team captains of registered teams must join the Battlefy event upon being emailed the join code as well as ensure availability for the team captain meeting before the tournament starts.

Players may not smurf or account ring in an attempt to circumvent the restrictions for this division.

Players formally accused of doing so will have their account vetted by tournament staff against an exhaustive account validity checklist. If the account is determined to be sufficiently suspicious under a majority of the criteria, the player and/or team may be disqualified at the tournament organizer’s discretion.

Players and/or teams that are disqualified may be banned from participating in future events.

Players under the age of 13 must have a consent form signed by a parent or legal guardian in order to participate in this event.

Players under the age of 19 who qualify for prizing must have a release form signed by a parent or legal guardian to receive said prizing.

These forms are available online and at our facility on the day of the event as well as pinned in the TGS Discord server.
These forms are valid for the period of a year after the date they are signed.

Join the TGS Discord community for the latest TGS news 👉 https://discord.gg/tgs
Sign up for our newsletter 👉 https://thegamingstadium.com/newsletter/

Feel free to contact us with any questions or concerns!