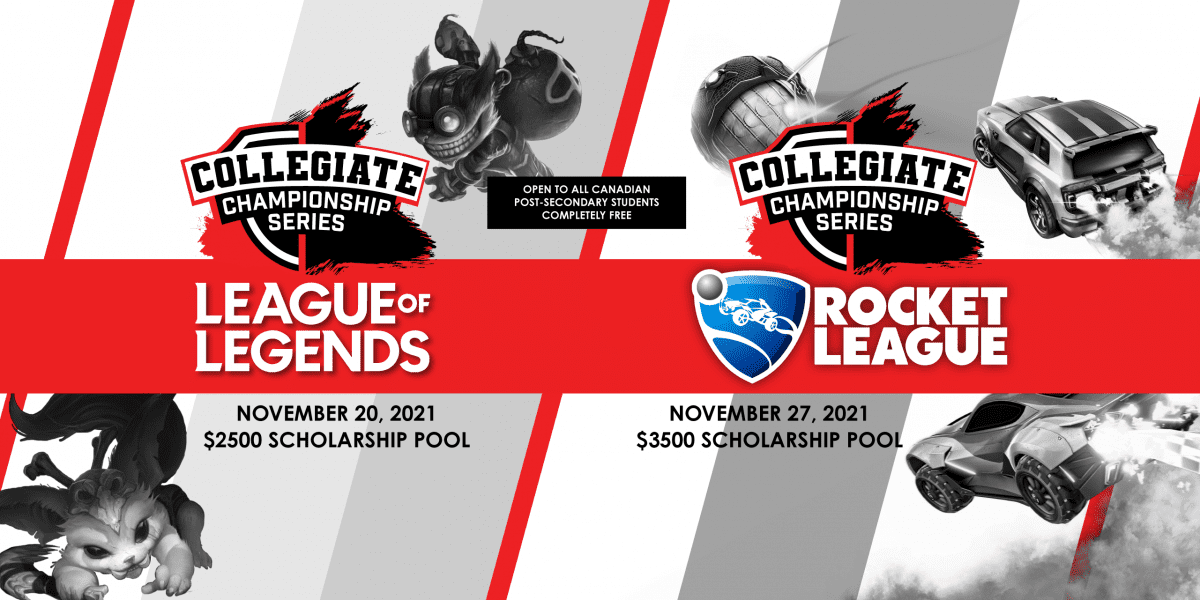 Winter is coming, and with it comes the end of the first year of the Collegiate Champions Series. Teams and players have battled fierce battles across League of Legends and Rocket League!

We introduced League of Legends into the rotation and what a show it was! We had an amazing 31 teams compete against one another, with UBC Premier taking first place, with Western University taking second. Looks like the age-old East/West rivalry lives regardless of the game in Champs.

Speaking of the East Coast, they dominated the Rocket League showdown. St. Clair Saints Gold came in first yet again, keeping the crown and earning even more scholarship towards their team. However, this time it was the Waterloo Warriors that came in second, pushing the St. Clair Saints Green team to third.

When it comes to school spirit, however, UBC Esports is leading the charge. They are still in first, thanks to how many teams they were able to enter into both the September Rocket League and League of Legends tournaments. University of Alberta though bumps up to second place in the school spirit standings, and St. Clair Saints is holding strong in third.

That’s $10000 of tech upgrades on the line for the school spirit award, and this upcoming month will be the final battle, not only for the scholarships, but for the ability to upgrade your school in a big way.

Here we are, the final battles begin!

League of Legends blazes to the scene on November 20th for the pool of $2500 of scholarships. Same deal as before, where teams of 5 will face off against each other on Summoners Rift. UBC fought brilliantly for their well-earned win; but is there a hidden team of challengers, ready to tip the scales? Tournament starts Saturday, November 20th, at 11am PST.

Returning yet again by popular demand is our Rocket League series, with an increased scholarship pool of $3500. Our incumbent champions, St. Clair College, seem to be getting quite comfortable with their reign as #1. Will there be a new challenger on the horizon to give them the run for the scholarship money? Regardless of how it goes, we will be there, hype inbound, on November 27th at 11am PST.

Remember, you can have unlimited teams sign-up from each school. Your final chance to have a major impact on the school spirit numbers is nearly upon you. Don’t worry though, you still get a chance at the spirit award by attending our workshops where you will learn the ins and outs of our industry (links are live and on our socials), and our upcoming January case competition for $5000 of scholarships!

For any additional information, please reach out to us at Scholastic@thegamingstadium.com.